How to Solve an Escape Room Like Sherlock Holmes? 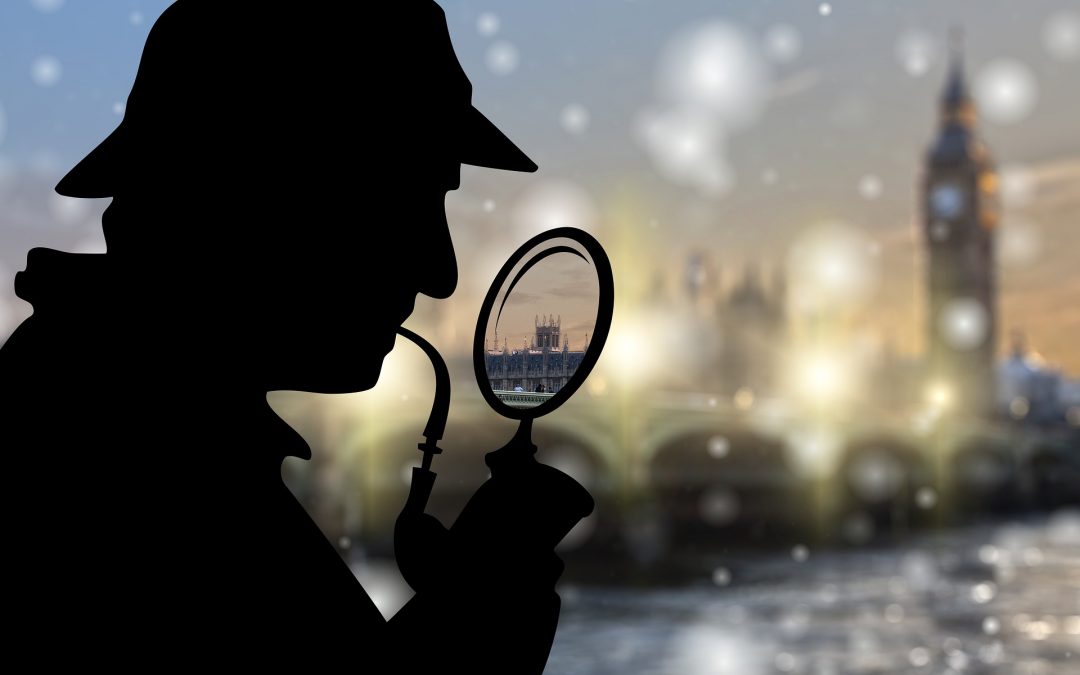 Escape rooms can be easily unlocked by using the powers of deduction.

Sherlock Holmes is without a doubt the ultimate symbol of intelligent investigation. Holmes set high standards for detectives, and his successors agree. Think Poirot, Murdoch, and Miss Marple, among others.

His overcoat, deerstalker hat, and pipe are icons, while his methods and tools are still used by aspiring detectives, both in fiction and real life. Had Sherlock Holmes been around today, how much time would he have taken to solve an escape room puzzle? Let’s put Holmes’ brand of deduction skills to the test and find out.

4 Steps to Solving an Escape Room like Sherlock Holmes

Here’s a step-by-step guide to unwrapping an escape room from the beginning.

Different escape rooms hide various types of puzzles. The key is to start with the clues that stand out and make your way through the plot. If you find a padlock, examine it and look for ways to crack the code.

Here’s a list of the most common types of locks found in escape rooms.

Padlock – These are basic locks that need a key to unlock.

Number Lock – These locks are unlocked using a numerical code.

Word Lock – These locks are similar to number locks but use alphabetic codes to unlock.

Directional Lock – These locks need a series of entries in the correct direction to unlock.

Tackle One Problem at a Time

Try and isolate the clues early on so that you can get back to them as the need arises. Some clues in advanced escape rooms are red herrings. Even if you have a faint idea of how to use them, the solution isn’t apparent.

For instance, let’s say you’re stuck in a room filled with cereal box replicas, and you have five minutes to find your way out. To your relief, the lock on the door is a simple padlock, and as for the key, you must look for it.

Pressed for time, you frantically start searching for the key and find a note with a poem on it. The poem is about two roads diverging along a forest path followed by a space. You’re confused by the empty space and try to uncover its meaning.

You find out that the empty space forms the letter “C.” Under normal circumstances, you would quickly figure out that C hints at cereal boxes. But under pressure, you try to uncover the poem’s meaning, which is a red herring.

Note down the answers once you’ve solved a problem, so you don’t have to work on it twice.

You should be able to beat every escape room if you follow these steps closely.

A Brief Insight on Sherlock Holmes

Sherlock Holmes is the brainchild of Sir Arthur Conan Doyle, who penned 56 novels, four books, and several short stories about the well-mannered, intelligent sleuth. Holmes is best known for solving crime using his unique observational skills and deduction ability instead of relying on brute force.

Since escape rooms are filled with tricky puzzles that must be solved logically, Holmes’s skills could be practical in an escape room. And if you’re a Sherlock Holmes fan, his methods don’t seem surprising.

Instead of solving a murder, you aim to find the exit before time runs out. And your tools are precisely what Sherlock Holmes had – the objects around you, your acute sense of judgment, and friends.

Use Your Powers of Deduction to Escape the Room

Until you find the answer to the final problem, everything around you is suspicious. Thoroughly examine everything even if it seems ordinary and pay attention to new clues. The trick is to analyze everything you have and connect the dots. Remember, the devil is in the detail, and you must delve deeper into the puzzle to find the answer.

Pro Tip: If the answer to a complicated question seems simple enough, that’s usually the right one. Avoid overcomplicating scenarios just because you feel that it can’t be a simple solution. The trick here is to read between the lines, find connections between clues, and use various points of view.

One of Sherlock Holmes’ greatest skills was empathy. And it’s not because he felt sorry for the victims, but because he could read the crime indicators. Understanding the perpetrator is a crucial skill required for solving a crime as it helps you see the world in a different light.

Like Sherlock Holmes had Dr. John Watson, for company, your friends, are your biggest strength. And even the best detectives need help time and again. Everyone is Sherlock Holmes and Dr. Watson inside an escape room. So, pick your team wisely.

Tackling problems together drastically reduces the time needed to find a solution. Teamwork encourages brainstorming and strengthens the bond between players. Sherlock Holmes knew that he would have greater difficulty solving crime without Dr. Watson for company. And that’s the mark of a wise man.

The first step to being wise is recognizing and respecting others’ ideas and analyzing problems from multiple points of view. Your friends are a great asset in an escape room as you race against time.

Are you Ready to Beat the Next Escape Game like Sherlock Holmes?

It’s possible to beat every escape room by simply using the powers of deduction. If you’d like to test that theory, play an escape game today. If you’re near Virginia Beach, looking for “escape rooms near me”, drop by Escape2Win, the best escape room in VA Beach.

Browse our game selection and pick a room that you fancy, gather your squad, pick a slot, and drop by for 60-minutes of pure adventure. And if you’re traveling with kids, why not turn your visit into a day trip with multiple bookings!

If you enjoyed this blog and would love to read more, check out our blogs section. We have several fascinating VA Beach travel ideas to make your stay vacation memorable.

If you have suggestions for us, drop them in the comments section below. We’d love to hear what you think. For queries, get in touch today!

We require masks only for the Unvaccinated guests, but they
can remove masks while with their group in the escape room.